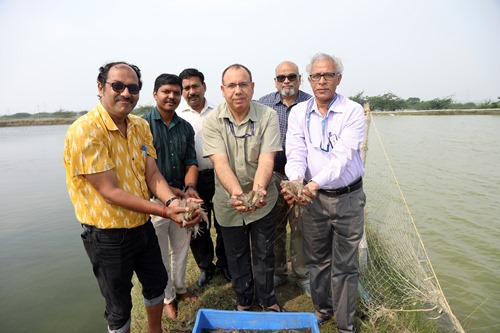 A harvest mela was organised during culmination event of a demonstration program on Aquamimicry based farming of Penaeus vannamei in earthen pond at Pattippulam near Chennai, Tamil Nadu. The objective of this program was to demonstrate a sustainable shrimp farming model, aquamimicry based shrimp farming of P. vannamei under the scheduled caste sub plan (SCSP) program. This concept strives to simulate natural estuarine condition by creating zooplankton biomass primarily copepods. By this culture technology, feed cost is reduced without compromising the farm production and productivity. Initially, selected five farm families were trained in nursery raring at the field centre of the institute. Subsequently, the nursery reared shrimp juveniles were stocked in grow-out pond (6000 m2) leased by the beneficiaries. The stocked shrimps were reared until reaching marketable size following aquamimicry farming procedure. Within 75 days, average weight of the farmed shrimp reached up to 21 g. The harvest mela and interaction meeting with beneficiaries and scientists were conducted on November 16, 2022 at the farm site in Pattipulam village (Kancheepuram, Tamil Nadu). Shri. R. Aravind, nodal scientist of this demonstration programme explained the significance and culture procedure. Dr. Kuldeep Kumar Lal, Director, ICAR-CIBA stressed the importance of this form of shrimp farming technology at the context of current declining trend in market price of farmed shrimp. Further, he emphasized that aquamimicry based shrimp farming not only reduces the feed cost but also reduces the duration of culture without compromising the production. Dr. K.P. Jithendran, former Director (Acting) and Scientist In-Charge, Aquatic Animal Health and Environment Division explained the genesis of this programme, and need for popularizing this form of culture practice. Other scientists of the Crustacean Culture Division of the Institute and scientists involved in this program felicitated the event. A total of 4.2 tons of shrimp was harvested with an average weight of 21 g and survival of 85% and production per hectare was 7 tons. 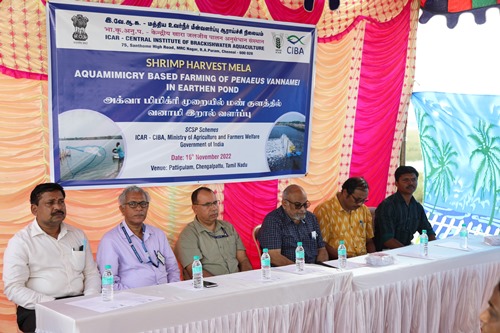 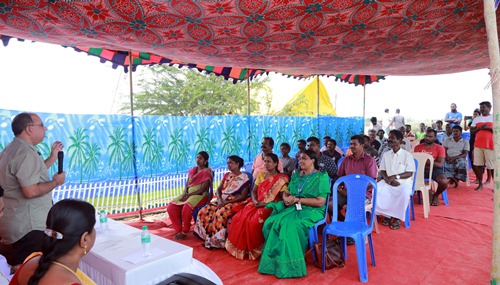 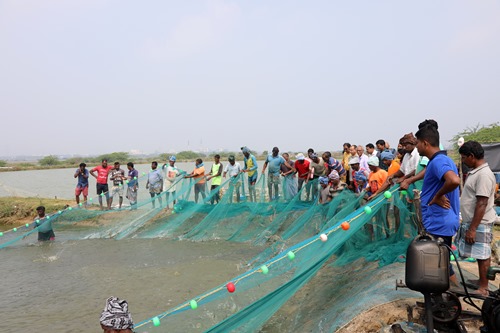 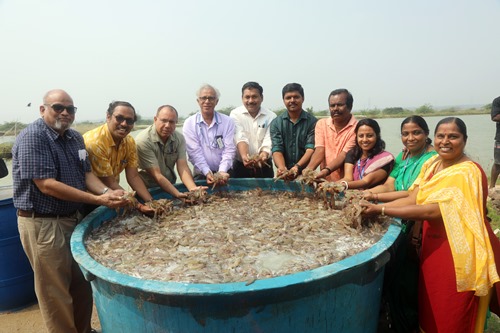 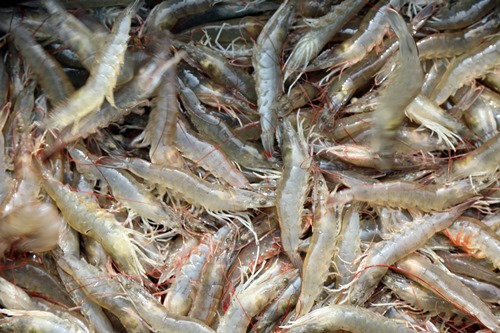